On the occasion of the commencement exercises of the Class of 1998, more than 100 friends and supporters gathered on the grounds of the seminary to celebrate this special event. This year’s graduates were Dns. Seroj Artounian and Rubik Mailian. The day’s activities began with the celebration of Divine Liturgy and the ordination of graduate Rubik Mailian to the Order of the Diaconate. Archbishop Hovnan Derderian, Primate of the Diocese of the Armenian Church of Canada and Vice President of the St. Nersess Armenian Seminary Board of Directors ordained Rubik a deacon and was the celebrant of the liturgy. Fr. Arakel Aljalian served as the sponsoring priest for Dn. Rubik’s ordination.

Following the Ordination and Divine Liturgy, commencement exercises were held on the seminary’s front lawn. Fr. Arakel Aljalian, Rector of the seminary, welcomed all guests and clergymen who had gathered to congratulate the seminary’s two newest alumni. Dr. Abraham Terian, Academic Dean of the seminary, offered remarks on behalf of the faculty. Seminarian Vartan Garabedian offered words on behalf of the remaining student body at the seminary. The graduates then had the opportunity to address those gathered, offering words of thanks to their families and friends as well as to the seminary for the education which they received.

Following the messages, Fr. Aljalian announced that the graduating seminarians had presented the gift of trees to the seminary in honor of their graduation, which have been planted at the entrance to the St. Nersess campus.

At the conclusion of the ceremony, Abp. Hovnan Derderian presented the seminarians with their St. Nersess Armenian Seminary diplomas. A reception followed the graduation ceremony. 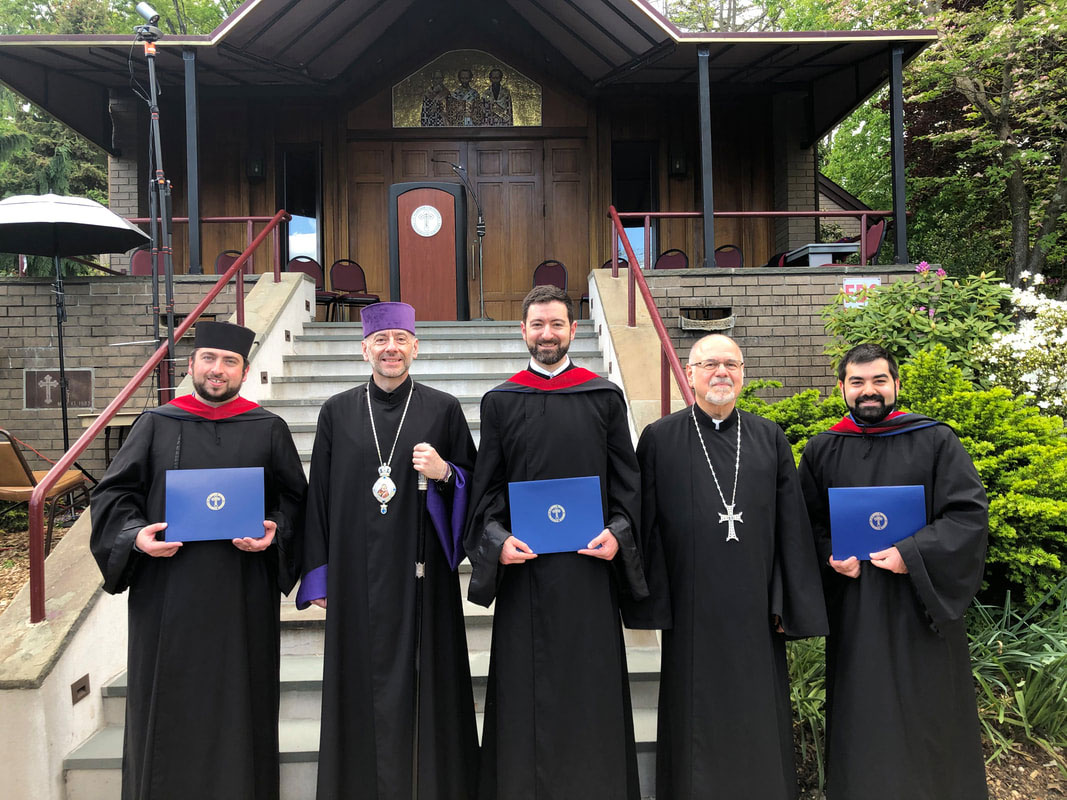